A rotor on which a moving contact is attached is received and rotatably held in a body, and a knob is received and held in the body side by side with the rotor and is movable. A plurality of first and second teeth are circumferentially staggered with each other on an outer perimeter surface of the rotor near one end and near the other end, respectively, in the direction of the axis of the rotor to project from the surface. An inclined surface is formed in each of the first and second teeth. A projecting part is formed on the knob to project toward the rotor. In response to a depression of the knob, the projecting part pushes the inclined surface of the second teeth to rotate the rotor and, in response to a return of the knob, pushes the inclined surface of the first teeth to rotate the rotor.

The invention provides a push-button switch including: a star wheel which is rotated by a constant angular step in one direction by a depression of a push button that automatically returns; an indenter which is pressed against the outer periphery of the star wheel by a spring; a contact  which is attached so as to corotate with the star wheel, and which serves as a movable contact; and terminals with which the contact is contacted in accordance with a rotation angle, and which serve as stationary contacts. A small projection  having a rounded tip end is disposed in each of ridge portions of the star wheel. Even when the slope of each ridge portion does not have a large inclination angle, the star wheel is prevented from being stopped at a position where the ridge portion is opposed to the indenter.

The only difference between the lighted self-locking switch and the ordinary self-locking switch is that the lighted switch makes full use of the space in its button to place a small indicator light bulb or LED, one end of which is connected to the zero line, and the other end is generally connected through a drop. The piezoresistor is connected in parallel with the normally open contact of the switch. When the switch is closed, the device operates and also provides power for the indicator light.

1. The circuit is powered on and the air switch QF is turned on → the power indicator EL is on.

2. During the starting process, press the start button SB2 → KM coil is energized → → KM auxiliary moving contact is closed → → KM main contact is closed → → motor M starts and runs continuously. When SB2 is released, although it returns to the disconnected position , but the KM coil remains energized due to the KM's auxiliary moving contact (which has been closed) in parallel with it. 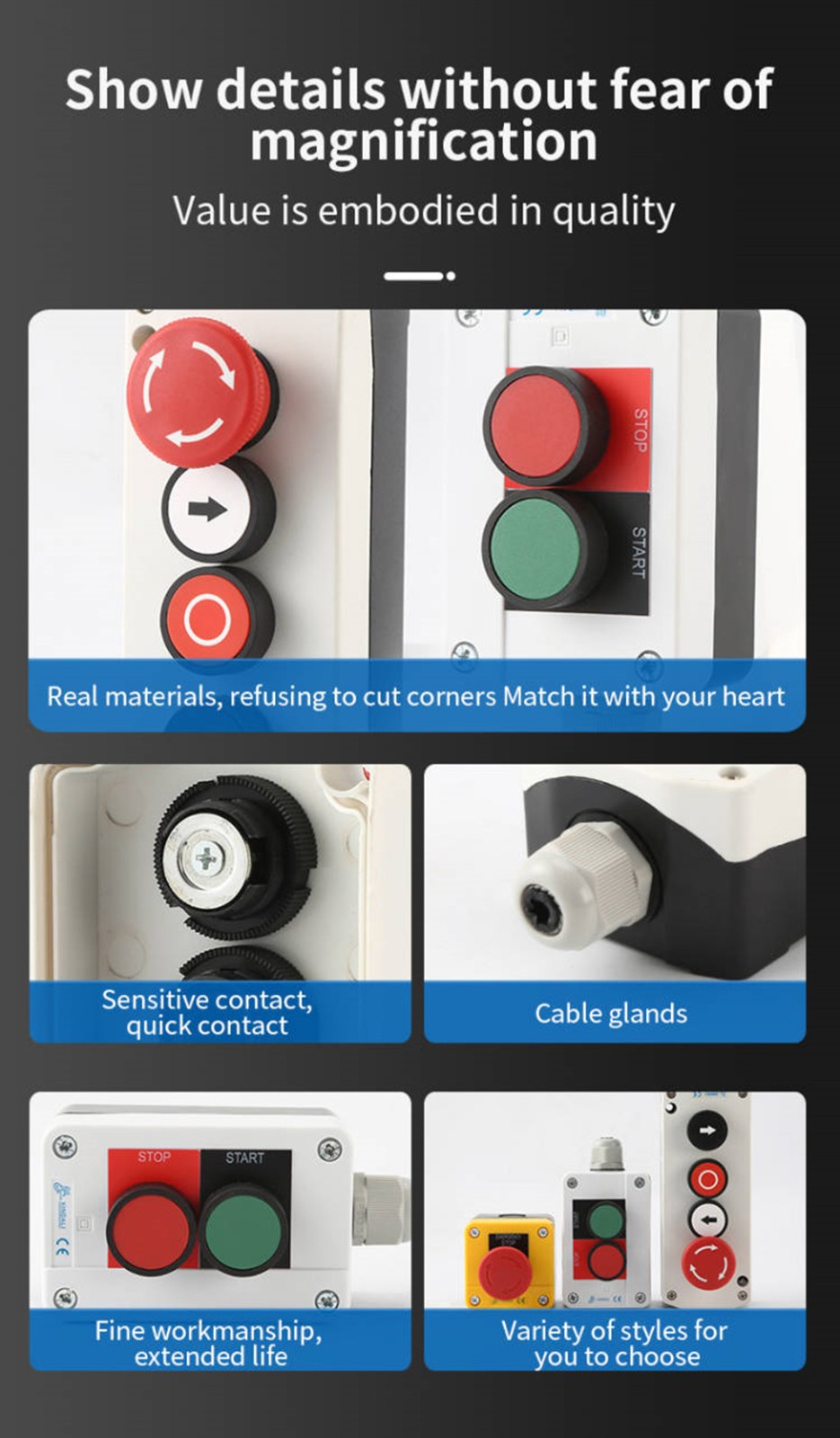